After a relatively short flight from Darwin (just 4 hours thankfully) we arrived in Singapore by early evening and were reminded of our first night in New York as we travelled through the city to our hotel, sky-scrapers and shopping centres impressive in stature and colour as the city geared up for Christmas in a big way!

The next morning was muggy and wet as we headed on the MRT (the length of the trains has to be seen to believed, and they positively rocket through the stations!) into Singapore to hunt for a bargain camera.
Our old Sony camera had almost given up the ghost (having taken 11,000 pictures during our trip to date and done plenty of sand-boarding and mountain-climbing with us!) and we didn’t want to get caught in Cambodia or Laos without anything to take photos with or anywhere to buy a new one!
After a little frustration and much haggling, we managed to strike a deal for the model we wanted and were now ready to explore and photograph the city! 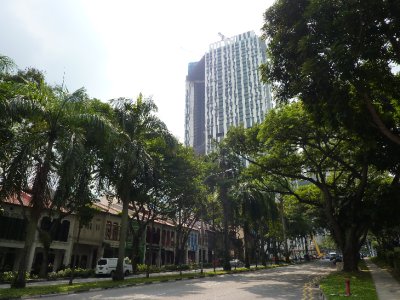 The following morning we headed into the Chinatown district, where market stalls for tourists, Buddhist temples and red lanterns bobbing above our heads were the order of the day!
The streets of Chinatown themselves are a visual treat, despite the best efforts of the government in the 1970’s to level the area and build concrete monstrosities in misguided modernisation attempts. The area still thankfully retains a lot of its original character and many a happy moment can be spent browsing the market stalls. 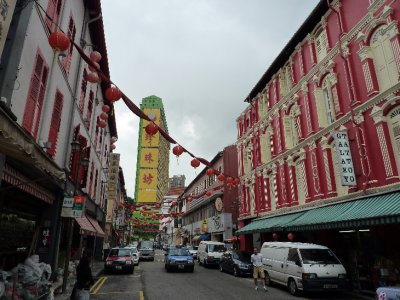 We visited the Buddha Tooth Relic Temple where we allowed to take photos of the opulent, gleaming main hall of worship in which monks and worshippers were chanting and singing while banging drums and burning incense, quite a heady mix. 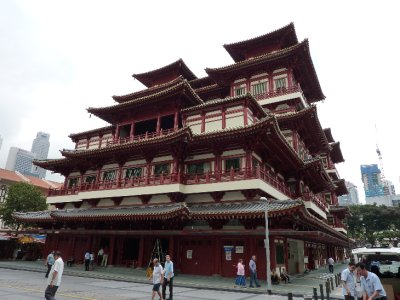 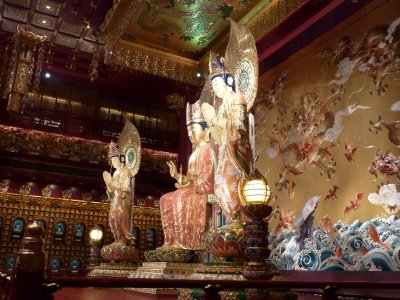 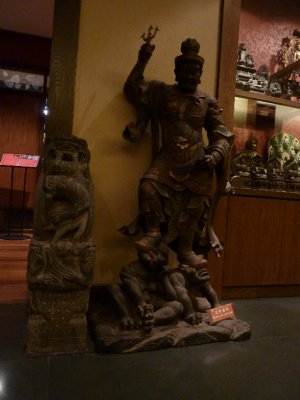 We had our first taste of real Asian fare with a plateful of tasty noodles for next to nothing at the hawker centre across the road, after which we hopped into a cab and headed for the iconic Raffles hotel, driving into the main entrance where the Indian concierge dressed in old colonial uniform opened our door and welcomed us to the establishment! 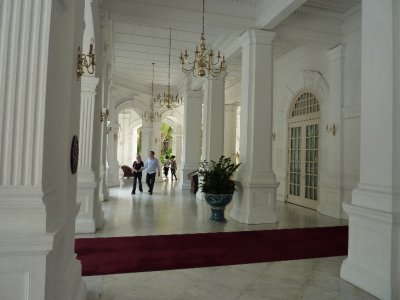 Having arrived in style, the one place all non-residents want to visit is the Long Bar, which serves up the finest Singapore Slings in town for a mere $27 (around £13!). Lucy indulged while Richard polished off the free peanuts, scattering his empty shells on the floor, at that price we were making as much mess as possible! 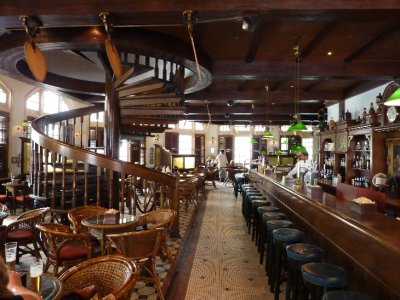 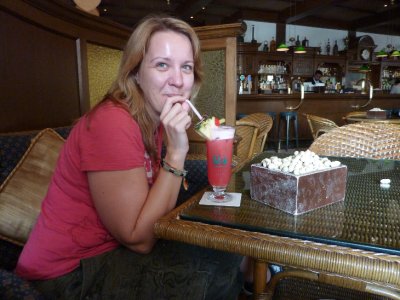 In the evening, we visited the main shopping area on Orchard Road, which was visually astonishing - much akin to Times Square but cleaner and more modern.
The Christmas lights were a real spectacle, with lights and baubles hanging from every tree and lamp stand along the road. All the shopping centres were also decked out with some amazing shop front displays. Apparently there is a yearly competition for the best decorated frontage and it really shows, putting Oxford Street to shame! 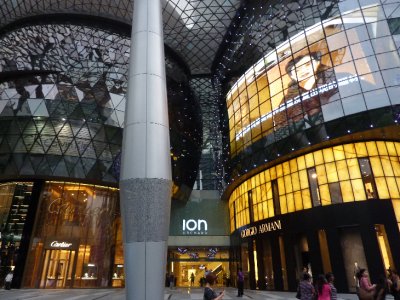 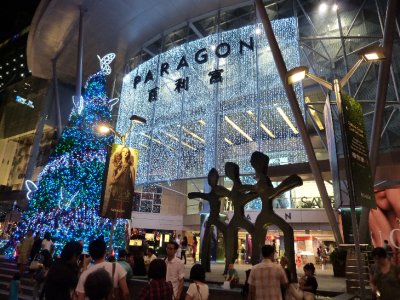 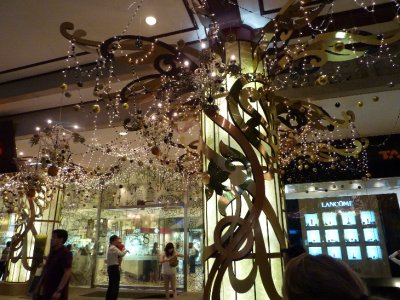 The following day we headed for Merlion Park. This is one of the iconic sights of the city. The Merlion is an imaginary creature with the head of a lion and the body of a fish. Its name combines "mer" meaning the sea from Singapore's ancient name back when it was a fishing village — Temasek — meaning "sea town" in Javanese, and "lion" which represents Singapore's original name — Singapura — meaning "lion city" or "kota singa" (thanks Wikipedia!).

It’s a sight best taken in by night - the cityscape back-drop impressively illuminated as water flows from the mouth of the Merlion in the foreground! 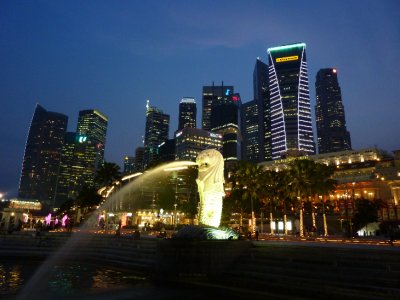 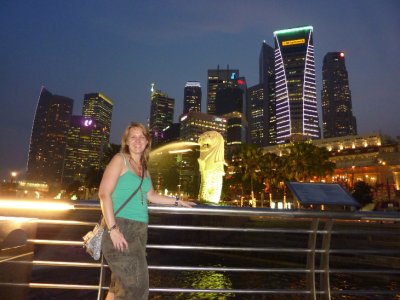 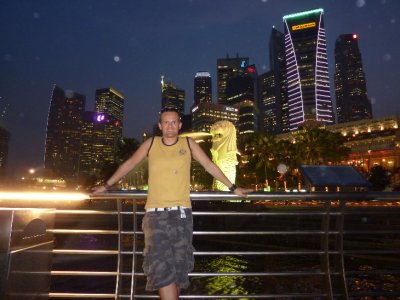 The next morning it was time to leave Singapore, and so we headed to the station to purchase a couple of tickets to Kuala Lumpur with our debit card. Little did we know that they only took American Express or Diners Club (of course!) and our train left in half hour - oh yeah did we mention that we didn’t have enough cash on us (since we were leaving the country) and that there wasn’t a cash point in the train station?!
Richard made dash to an ATM a 10 minute sprint away, a hasty cash withdrawal and a sprint back to the station to buy the tickets and get through immigration before the train left!
So a slightly sweaty and stressful end to our time in Singapore as we pulled out of the station - Malaysian immigration awaited at the next stop (everybody off!) and Kuala Lumpur beckoned far in the distance… 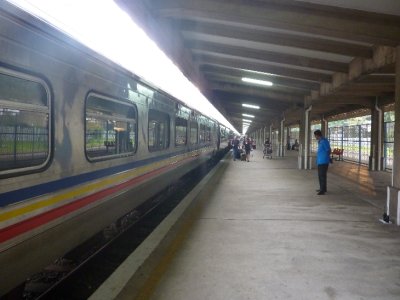