From San Fran to Santa Cruz

Highway 1 in the sun!

Hi everyone, hope you're all okay and life in the UK is treating you well?

We're currently in Salinas, a large town slightly inland from the Californian coast - we're here for 4 nights as the motels on the coast are more expensive at the weekend, and so this is a good base for visiting Big Sur and Monterey over the weekend while staying at a nice motel for the bargain price of $45 a night for both of us. Not bad!

We flew from New York to San Fran last week and were very impressed by both cities, though obviously they're very different.

San Fran is a chilled place as you can imagine, very green and fresh (and expensive) - it would be a great place to live if you could afford the mortgage and high prices!
We sailed under the Golden Gate, visited Alcatraz, watched Sea Lions sun-bathe, road the famous street cars and visited some great museums and aquariums.

We've now got a brand new Ford Focus, which seem a lot bigger in the US, and it's a great way to explore the delights of the coastal road Highway 1. We left Santa Cruz Thursday morning, it's an amusing hippie town with a boardwalk, funfair and big dipper rightby the beach! We stayed there for 2 nights and have seen some huge redwoods in a national park nearby - one of the trees there was around 2000 years old when it fell in the 1930's and the others were breathtaking in their size and form. I hope our photos do them justice! We watched seals rounding up fish near the pier before diving in for dinner and whales coming to shore for a breather, the wildlife is really something!

Highway 1 is just beautiful - difficult to drive down without saying 'wow!' all the time - dramatic waves crashing in from the Pacific on one side, and lush forests and meadows sitting on rolling hills as far as the eye can see on the other. It's largely quiet and wide too, so just a great drive all in all.

This weekend we're going to expore Big Sur and the upper-class delights of Monterey, plus a national forest or two in the area which I'm sure will be fantastic, just like the one near Santa Cruz we visited. We do have pictures to share with you but it's been hard to find PCs which allow us to upload photos, so bear with us on this one! 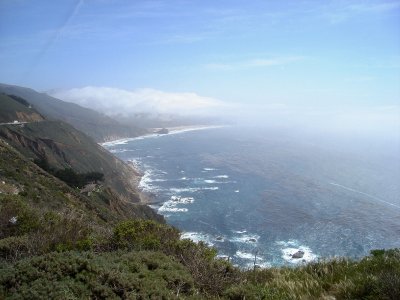 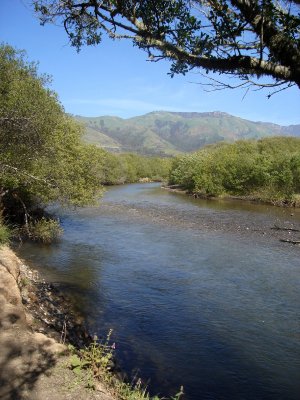 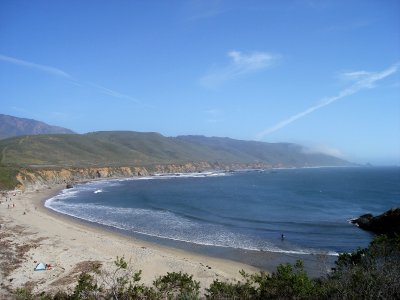 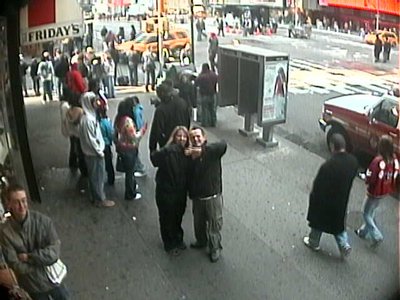 New York is an amazing city, so much better than we thought - everything has been fantastic so far.

Best of all we're staying bang on Time Square, which has to be seen to be believed.
We even got a free hotel room upgrade this morning with free internet access!

We leave for San Fran tomorrow - not sure we could afford to stay here for much longer anyway, there's just so much great stuff to spend your money on - clothes, food, sightseeing, tours...they're all fantastic!

We've met some really lovely people too - strangers offering directions, a lovely old lady in the theatre box office who gave us a discount after taking pity on us, friendly staff in hot dog joints in the suburbs...perhaps not what you'd usually expect from a city like New York.
We've have had some spectacularly good, and bad service too - ask Lucy about the camp guy in Macy's some time - hilarious!

The picture above is a screen grab from the online CCTV cameras at TGI Fridays on Times Square. We will be uploading more as soon as we find a pc that will let us!!