Riley Re-union Down Under

Three emotional Riley’s were re-united in Sydney International airport, it seemed that Mavis and Gerry were just happy to find Lucy in one piece after recent events!

The following morning Lucy had to visit her surgeon, and got the all clear much to the relief of everyone!
Over the next few days we hit Sydney, packing in as many of the sights as possible. We took a trip over to Manly on the ferry and got spectacular views of both The Harbour Bridge and The Opera House, which was surprisingly small. 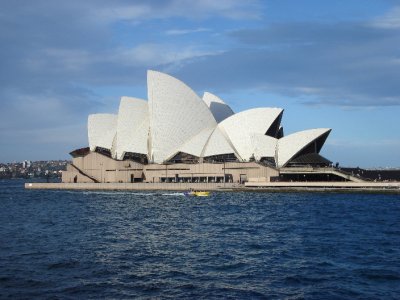 As shopping is a pastime enjoyed by the Riley contingent we visited numerous markets, we wandered The Rocks Sunday Market, stopping for morning tea and scones. We discovered that the loud and colourful Paddy’s Market, with it’s endless supply of tourist ’tat’ and fantastic fruit and vegetable market, was excellent for bagging a bargain as closing time looms. We also sauntered through the elegant Queen Victoria Building which takes up an entire block and has a fabulous animated Royal Clock hanging from the glass domed ceiling.

We strolled through the botanical gardens, enjoying the warm spring sunshine, and visited Darling Harbour to see the huge cruise ships. 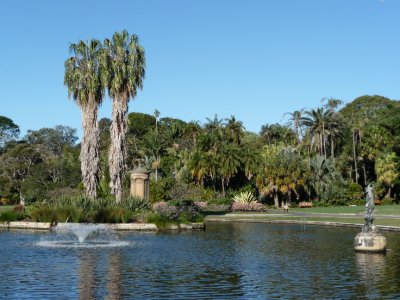 Lucy and Mavis decided to venture up to the top of the Sky Tower and were rewarded with some incredible views of the city and as it was a clear day also got a glimpse of the Blue Mountains in the distance. 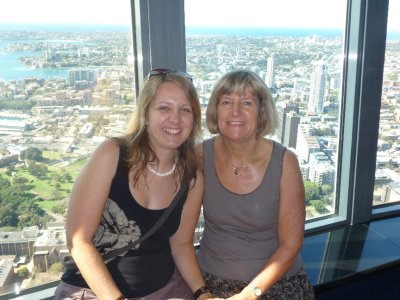 With our time in Sydney almost up we got the bus back to Bondi where we picked up Maggie the Mitsubishi Magna, as with our trip to New Zealand we decided to buy a car which we’re hoping to sell at the end of our trip in Darwin. We enjoyed lunch by the beach, making the most of the sun before we headed south over the next few days to the cooler climes of Melbourne.

After insuring the car we loaded up our luggage, (it’s a good job we bought a station wagon after all!) and set off towards Melbourne, reaching Wagga Wagga, our half way point by early evening and found a bed for the night. We briefly explored the town the following day before getting back on the road.

It was a good 5 hour drive to Melbourne and Maggie appeared to be coping well with her load, thankfully!
While Mavis and Gerry explored Melbourne we had to register the car with VicRoads, unfortunately some of the paperwork wasn’t quite right, but after a call to the previous owners we had an appointment with a garage the following Monday morning to sort everything out, hopefully!

Unfortunately Melbourne was a tad grey and drizzly while we were there but we managed to see some of what the city has to offer. We saw the house that Captain Cook lived in, which was bought and transported to Australia where it was rebuilt, even the herb garden has been replanted! We also visited the Victoria Art Gallery, to see it’s impressive European collection before indulging in a little more retail therapy at the nearby Victoria Market! 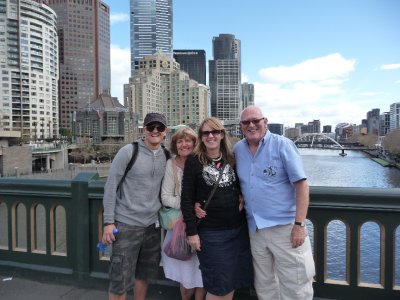 We left Melbourne and drove to Albury on the New South Wales/Victoria border, where we stayed overnight before our appointment at the garage to finalise our registration of Maggie. It was a team effort but we made good use of what little facilities the hostel kitchen offered and enjoyed a tremendous Sunday roast, what a treat!

With all the correct paperwork finally in hand from the garage we were now able to fully register Maggie, so we headed back north on our way to the Blue Mountains, we had a long drive ahead of us but we eventually got to Katoomba as dusk was falling. Too tired to cook, the unanimous decision was that the Chinese restaurant over the road looked inviting, so we decideed to pay a visit and enjoyed a superb meal!

It was pretty chilly but we enjoyed lovely bright skies as we explored what the area had to offer, Mavis and Gerry caught the scenic train into Sydney to pick up a few last minute presents (there’s no stopping the shopping!) while we put our walking boots on and walked up to Echo Point where we saw the Three Sisters, a terrific rock formation. Richard took the cliff edge rock steps down to the viewing point, while Lucy decided to wait on land a little firmer! We then took the cliff edge walk to see the Katoomba Cascade and waterfalls, both of which were beautiful and well worth the walk.

It really was magnificent, reminiscent of the Grand Canyon but on a much smaller scale, and also much greener, added to this the wonderful blue haze that comes from a fine mist of eucalyptus oil from the thousands of trees that surround it makes this a very beautiful place. 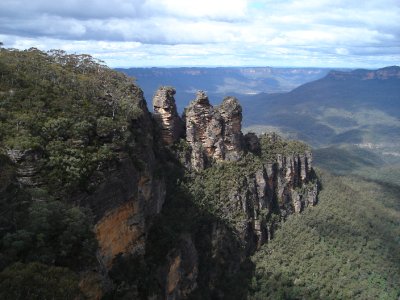 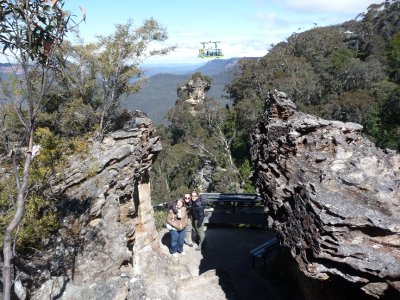 In the evening we drove back to Echo Point to see the Three Sister illuminated, we also witnessed a terrific lightening storm over Sydney, with sheet and fork lightening lighting up the skies miles away, an excellent reminder of how vast this country is and just how small we really are.

The following day the four of us walked to the Katoomba Cascade and took in the stunning views along the way to the falls and it was just as wonderful as it was the day before! We then drove out to the aptly named Sublime Point, with its 180 degree views of the Jamieson Valley, and the reverse of the Three Sisters. Breathtaking! 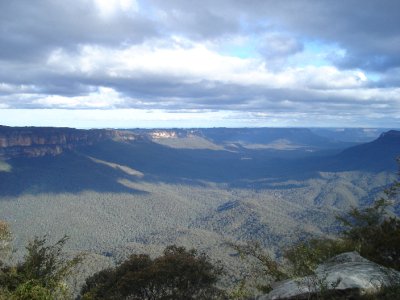 It was a tad chilly so Gerry decided the only way for us to warm up would be with a nice warm cuppa and a slice of cake and who are we to argue?!

As our fortnight together came to an end, we chatted about what a fabulous time we’d all had during the past couple of weeks, and how quickly it had flown by, but we were reminded that in just 6 months we’ll be reunited in another airport - Manchester - not quite as exotic, but definitely something to look forward to!! We packed Maggie up one last time with all our bags and drove Mavis and Gerry to Sydney airport for their mammoth flight home.
We could put it off no longer, and our farewell was just as tearful as expected.

And so ends the Riley’s big adventure down under - all except for one Riley of course.

She and Richard were heading north to pastures new. Byron Bay, Magnetic Island, Brisbane, and even an unexpected outback adventure to Ayers Rock and Kakadu National Park awaited them…

Posted by rioandlucy 21:17 Archived in Australia

Previous Next Table of contents

This blog requires you to be a logged in member of Travellerspoint to place comments.

If you aren't a member of Travellerspoint yet, you can join for free.